P.999 – §8 Do not be so slothful as to ask God to solve your difficulties, but never hesitate to ask him for wisdom and spiritual strength to guide and sustain you while you yourself resolutely and courageously attack the problems at hand.

P.1115 – §1 Faith does not shackle the creative imagination, neither does it maintain an unreasoning prejudice toward the discoveries of scientific investigation. Faith vitalizes religion and constrains the religionist heroically to live the golden rule. The zeal of faith is according to knowledge, and its strivings are the preludes to sublime peace.

P.1773 – §4 Only a brave person is willing honestly to admit, and fearlessly to face, what a sincere and logical mind discovers.

P.556 – §10 8. Effort does not always produce joy, but there is no happiness without intelligent effort.

P.1002 – §5 Prayer is not a technique of escape from conflict but rather a stimulus to growth in the very face of conflict. Pray only for values, not things; for growth, not for gratification.

P.51 – §5 1. Is courage–strength of character–desirable? Then must man be reared in an environment which necessitates grappling with hardships and reacting to disappointments.

P.549 – §2 When we are tempted to magnify our self-importance, if we stop to contemplate the infinity of the greatness and grandeur of our Makers, our own self-glorification becomes sublimely ridiculous, even verging on the humorous. One of the functions of humor is to help all of us take ourselves less seriously. Humor is the divine antidote for exaltation of ego.

P.1096 – §4 Jesus portrayed the profound surety of the God-knowing mortal when he said: “To a God-knowing kingdom believer, what does it matter if all things earthly crash?”…. When the flood tides of human adversity, selfishness, cruelty, hate, malice, and jealousy beat about the mortal soul, you may rest in the assurance that there is one inner bastion, the citadel of the spirit, which is absolutely unassailable; at least this is true of every human being who has dedicated the keeping of his soul to the indwelling spirit of the eternal God.

P.1114 – §5 Belief has attained the level of faith when it motivates life and shapes the mode of living. The acceptance of a teaching as true is not faith; that is mere belief. Neither is certainty nor conviction faith. A state of mind attains to faith levels only when it actually dominates the mode of living. Faith is a living attribute of genuine personal religious experience. One believes truth, admires beauty, and reverences goodness, but does not worship them; such an attitude of saving faith is centered on God alone, who is all of these personified and infinitely more.

P.1002 – §1 But real praying does attain reality. Even when the air currents are ascending, no bird can soar except by outstretched wings. Prayer elevates man because it is a technique of progressing by the utilization of the ascending spiritual currents of the universe.

P.1638 – §4 3. The Father in heaven has forgiven you even before you have thought to ask him, but such forgiveness is not available in your personal religious experience until such a time as you forgive your fellow men. God’s forgiveness in fact is not conditioned upon your forgiving your fellows, but in experience it is exactly so conditioned. And this fact of the synchrony of divine and human forgiveness was thus recognized and linked together in the prayer which Jesus taught the apostles.

P.383 – §2 Having started out on the way of life everlasting, having accepted the assignment and received your orders to advance, do not fear the dangers of human forgetfulness and mortal inconstancy, do not be troubled with doubts of failure or by perplexing confusion, do not falter and question your status and standing, for in every dark hour, at every crossroad in the forward struggle, the Spirit of Truth will always speak, saying, “This is the way.”

P.2093 – § Religion does not remove or destroy human troubles, but it does dissolve, absorb, illuminate, and transcend them. True religion unifies the personality for effective adjustment to all mortal requirements.

P.139 – § Do not allow the magnitude of the infinity, the immensity of the eternity, and the grandeur and glory of the matchless character of God to overawe, stagger, or discourage you; for the Father is not very far from any one of you; he dwells within you, and in him do we all literally move, actually live, and veritably have our being.

P.1135 – §2 The security of a religious group depends on spiritual unity, not on theological uniformity…. There is great hope for any church that worships the living God, validates the brotherhood of man, and dares to remove all creedal pressure from its members.

Gallery of The Community for Spiritual Living

The mission of the Spiritual Awareness Community is to provide a safe environment of unconditional love, accepting and supporting all seekers in their process of personal and spiritual transformation. The Spiritual Living Communities organize meetings with exciting and interesting discussion topics, such as psychology of religion and spirituality. By following thespiritualfellowship.org you are a step further of finding a spiritual community for you.

The Spiritual Fellowship Website offers you ways of online spiritual community which help your ordinary life:
1. You have an opportunity to make a difference.
2. Everyone has to find their own bliss.
3. Spirituality has become a daily guide that helps us through challenges of our messy and boring lives.
4. The Online Spiritual Community is the best option to get instant and meaningful access to the spiritual support systems.
5. We all have questions, confusions and doubts during our spiritual journey, so the best option is to get the answers.

Books on Religion and Spirituality

Spiritual Fellowship Website offers you a list of 5 popular Books on Religion and Spirituality, and  here as well you might find suggestions of psychology of religion and spirituality books.
– Siddhartha by Herman Hesse
– The God Delusion by Richard Dawkins
– The Alchemist by Paulo Coelho
– The Art of Happiness by Dalai Lama XIV
– The Life and Times of Jesus of Nazareth by Reza Aslan. 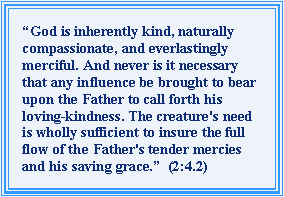